“Put down everything that comes into your head and then you’re a writer. But an author is one who can judge his own stuff’s worth, without pity, and destroy most of it.”

Going into this, I was certain that at some point the editing would stop.

I was convinced, by some inexplicable notion, that there would be a magical moment in time when I could flip the switch and go from author to reader; a moment where I would be satisfied and would be able to read my work with the same fervor I read other books.

That magical moment, however, has yet to come.

Every time I think my editing is finally done, something else comes out of the woodwork.

Don’t get me wrong. I knew editing would take time. I knew enough to know that I would seldom be satisfied (I have a tendency to over-think and overcorrect). I also knew that once I handed the manuscript off to my husband for editing, we would probably differ quite a bit in our opinions (he’s far from my target audience, and I’m set in my ways).

In the end, I approached editing in two ways.

First, I edited as I wrote. I know some people are of the opinion that editing while writing is a mistake, but it works for me. I would write a full chapter without stopping, review it, revise it and then send it to a trusted friend (she’d been my only audience for 14 years, so I knew she would be the perfect critic). We would discuss her suggestions, I would make the corrections and then move on to the next chapter.

After five months, I had myself a finished manuscript.

Now it was my husband’s turn. Several weeks after I finished, I handed him the first physical copy of the manuscript. He went chapter by chapter, and as he edited I would revise. Once that process was complete, I would be done.

A year and four months later, my editing is still not done.

My first mistake was editing so soon after finishing the book. You see, I made most of the corrections my husband suggested, but there were several I was unwilling to make that turned out to be absolutely critical. The problem was, I was too attached to what I had just written. Not enough time had gone by, and I couldn’t find the resolve to destroy my work.

In all honesty, I didn’t think I needed to destroy it.

Now, so many months later, I realize I was completely wrong. Somewhere between trying the read the book myself (a long and arduous process, since there is always something, some minute detail, I want to change) and getting feedback from the handful of people I’ve asked to read the book, I ended up making those difficult changes I was unable to make in the beginning.

It was a gradual process, but before I knew it I was destroying my work without feeling guilty about it. As I started trimming the unnecessary parts, and rounding out the parts that were lacking, I started to feel like I was finally close to the finish line.

But that brought with it it’s own set of problems.

With the momentum came the overcorrections. Suddenly, everything was suspect. The things I had been sure of before became uncertain. I started questioning dialogue formats, obsessing about the number of times I used the word ‘said’, and went so far as to doubt the beginnings and endings of my chapters. I became so consumed, that I couldn’t see the forest for the trees.

Moral of the story? Once you learn to destroy your work, the rub is being able to recognize that almost imperceptible moment in time when destruction becomes complete and total annihilation. 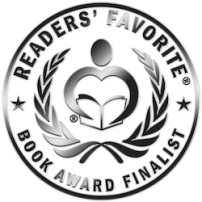 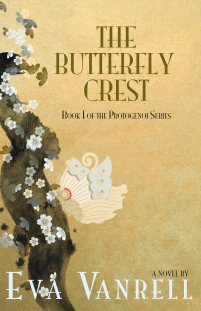